A consignment of medical supplies for almost half a million euros

This week, a consignment of essential medical equipment will reach six major Lithuanian hospitals for 291 thousand euros. This is the second batch of medical supplies of the charity and support fund "Careful Heart" - the total value of the two shipments amounts to almost half a million euros donated by the country's technology companies to fight the coronavirus. The first measures have already been distributed to smaller health care and treatment facilities and care homes for the elderly.

The vast majority of protective equipment was purchased in China, some respirators - from suppliers in Lithuania. A cargo of medical supplies from Zhengzhou, China, arrived at Kaunas Airport last Thursday, and this week the equipment will be transported to Lithuanian hospitals.

The transportation of protective equipment to Lithuanian hospitals will be ensured by the pharmacy chain “Gintarinė vaistinė” together with the charity and support fund “Careful Heart” that helped to administer the initiative funds.

“We are proud to be able to contribute to the initiative so that Lithuanian medics would be properly protected and could take care of us without risking their health. I want to thank all the technology companies for such focus and efficiency, as well as financial support, even in difficult economic times. It just shows how united and focused we can be during a crisis, ”says Tomas Šinska, the head of the Caring Heart Foundation.

The global fight for protection

These days, the world is facing the challenge of obtaining the necessary medical supplies, and Lithuania is no exception. Measures are received more quickly by countries with larger orders. For this reason, the partners of the initiative, who coordinated the purchase and transportation of medical goods, had the task that the order would be as large as possible and reach Lithuania as soon as possible.

"The whole world needs safeguards, so the attempt to acquire them is reminiscent of the struggle for survival, in which the competition for order amounts and negotiating skills, but a lot of success is also determined by simple success. We are glad that the initiators of the support campaign were able to find intermediaries in China itself, they helped to select the necessary goods and check their quality. At the moment, solidarity and concentration are extremely important, without them we would not be able to achieve such huge goals so quickly. Now our priority is that the hospitals of the big country and the doctors fighting the virus in them will be provided with these protection measures as soon as possible, which will be delivered to the five cities of the country most affected by the pandemic, ”says Rūta Bagdonavičienė, General Director of Amber Pharmacy.

Nearly half a million were donated in three days

Technology companies gathered together to donate 450 thousand for the necessary protective equipment in just 72 hours. According to the initiator of the idea, T. Okman, the initiative stemmed from the simple desire to contribute to the joint fight against the coronavirus and several calls to business partners and friends.

"In the face of the pandemic, the perception of social responsibility in business has absolutely changed, we have realized its importance in such crises as now - we have felt it as well as our partners. We have always taken care not only of our employees, but also of wanting to contribute to the well-being of the country in some way. However, this initiative is different because we are fighting a virus that has stumbled across the country on an unprecedented scale. As soon as they received the invitation to contribute to the medical consignment, the companies and their managers immediately agreed. This did not require a specific plan, arguments as to why it was worth doing, or information on exactly what we were going to buy for the funds raised. We ourselves were surprised that a small initiative has grown to such a size. We are more than united when it is needed and we are able to exceed our own expectations, ”T. Okman notes.

The first shipment has already been distributed

In the first stage, the value of medical devices donated to the initiative amounted to 115 thousand. euros. The Laisvės TV team took care of its distribution. Several thousand medical masks and respirators were distributed to medical facilities at their request. Several thousand more reusable protective face masks were distributed to nursing homes and the Order of Malta Relief Service.

Gerbert Doronin Koltan, the sponsor of the initiative, Evelina Žvinytė from the Tesonet group of companies and Imantas Paulauskas from the company LithuaniaChinaTrade from China took care of the search, ordering and logistics of all products

Sponsors of the initiative: 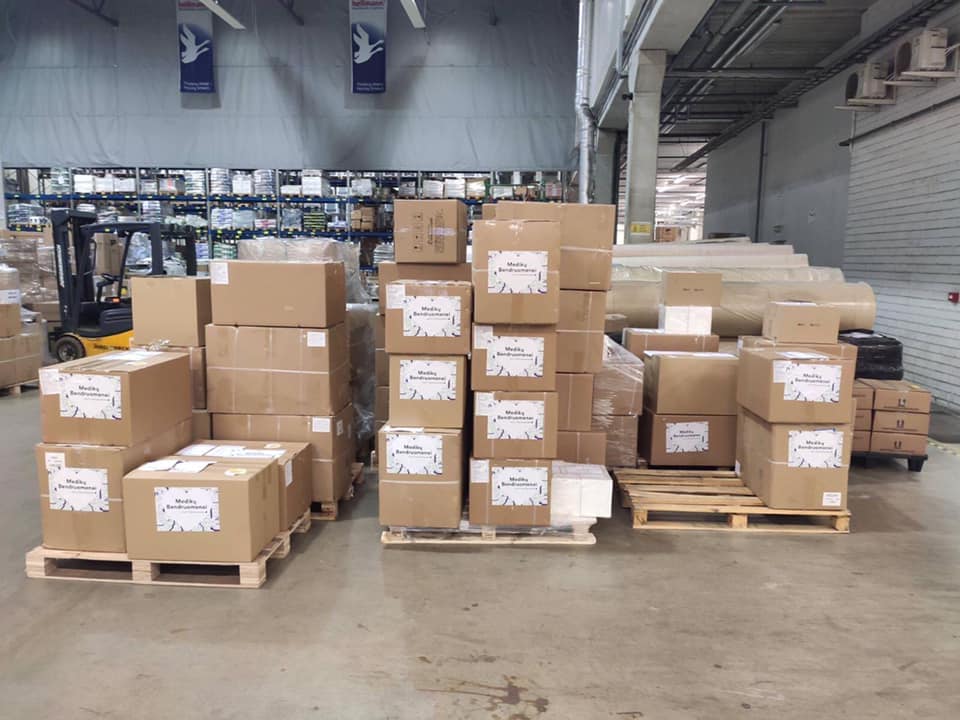 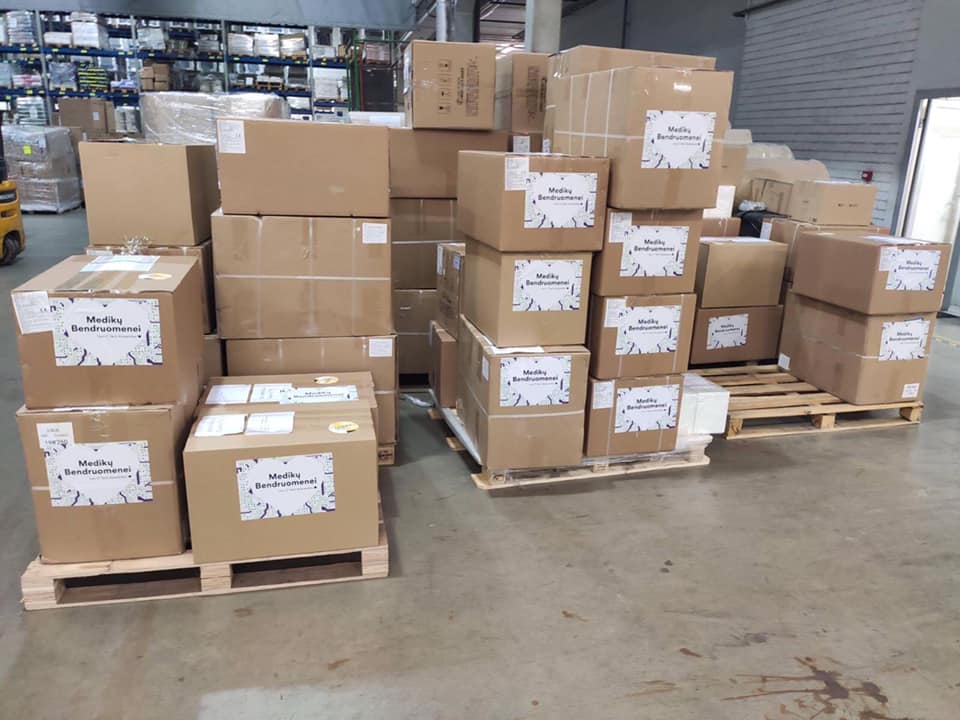 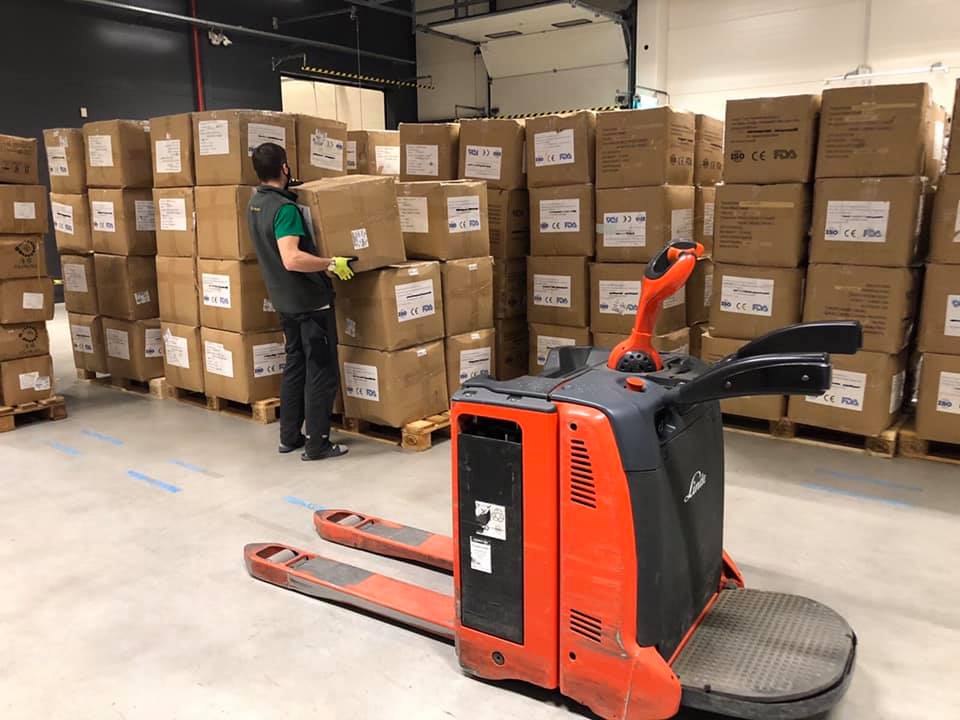 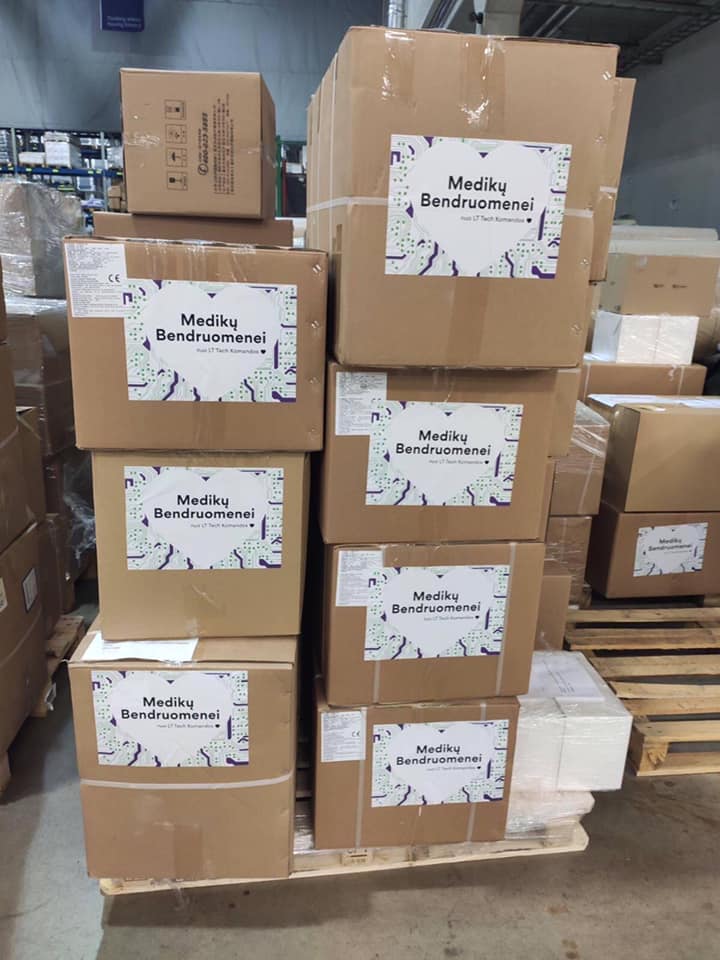 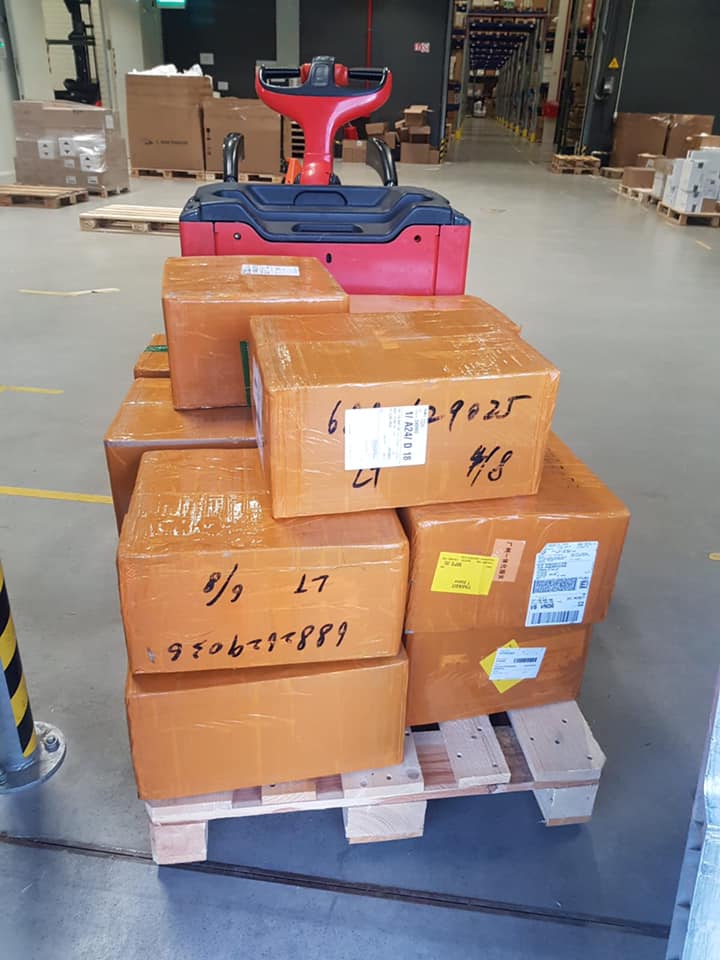